One of the most rewarding types of academic papers that provide invaluable prospects and opportunities to be creative and inventive is a thesis or dissertation. It is an official academic paper that introduces you to the world.

The importance of your thesis lies in the fact that it shows how skillful you are at carrying out research on the topic of interest. In addition, your future employers might make an employment decision depending on how persuasive and profound your research is. Therefore, certain standards have been set by the School of Graduate Studies and Research and the Graduate Faculty so that students will be able to write high-quality dissertations.

How to Create a Thesis

Undoubtedly, one of the most pivotal starting points is to create a powerful thesis statement. Imagine that you are a lawyer who stands in front of the jury. Your opening argument will allow everybody present in the courtroom to understand whether the accused is innocent or guilty and how he/she is going to prove his/her point. Similarly, your thesis statement should inform the readers of what they are going to read about in the paper and how the argument is built. In other words, your thesis statement should explain to the readers what they are going to be convinced of and encourage them to read the paper further.

It is necessary to note that a thesis statement is more than just a question, an opinion or an idea; it is not a piece of factual information. For example, “The role of the USA in World War II” is a topic; “The Second World War started in 1939” is a well-known fact in history; finally, “The Second World War is the worst event of the 20th century” is a personal opinion, which is rather subjective and cannot be relied on. Thus, a powerful thesis statement should be objective and balanced; it should encourage the readers to think and read the whole paper. 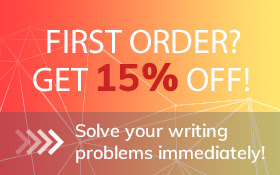 First of all, it is necessary to consider the primary sources that you are going to use in the paper. It is important to analyze whether the author is consistent with his/her ideas and see if there is a controversy or ambiguity in the ideas. It is also essential to pay attention to some deeper meaning or reasoning behind the author’s argument. Considering all the points mentioned above will enable you to create a good thesis. Without proper analysis, you are likely to provide just some factual information rather than what is hidden behind it.

Another suggestion is that you should always write your thesis down. By doing so, you will not only ensure that you remember some genius idea of yours, but you will also be able to evaluate your thesis and think about it critically. Surely, it might take you much time and effort to come up with the final version of the thesis, but keeping notes will definitely help you to channel your thoughts in the right direction.

Moreover, it is recommended that your thesis statement should be the last sentence of your introductory paragraph, which is a standard place for it. Intuitively, readers are accustomed to finding the thesis statement there; however, it is not obligatory.

Some Useful Tips and Examples

Firstly, do not confuse a thesis with a question. The aim of an academic paper is to analyze, research, and answer some questions. An argument has nothing to do with a question. “Why did World War II start?” is not an argument and, therefore, cannot be considered a good thesis.

Secondly, it is necessary to distinguish between a thesis and a list. For example, “A large number of political, economic, social, and cultural factors led to the beginning of World War II” is a good way to inform the reader about the sections that you are going to cover in your paper. However, this statement is too general and obvious. It is clear that there is a combination of political, economic, social, and cultural factors that resulted in World War II. Such a statement does not provoke any argument as it is too evident and there is nothing to discuss.

Your Chance to Get 15% OFF Your First Order!

Thirdly, while creating a thesis statement, you should be non-judgmental, thorough, and rational. For instance, “Germany is evil because it started World War II” may sound too moralistic and subjective. First of all, it is difficult to argue such a statement because of the word “evil” which is rather categorical; it is not clear what “evil” means in this context. Secondly, some readers may consider such a thesis rather offensive and biased, which is likely to discourage them from further reading of your paper. Thus, an effective thesis is never biased, confrontational or vague; instead, it is balanced, weighted, and objective.

Finally, an effective thesis should be specific and precise. Abstract ideas and general terms can make a thesis rather vague and unclear; thus, they should be avoided. For instance, “The Great Depression of the 1930s is one of the economic factors that led to World War II” sounds more specific than “A lot of economic factors contributed to the beginning of World War II.”